Home Gaadi Gyan Nissan has Launched All New Version of Micra With Amazing Features and...

The 2017 Nissan Micra with new features has been launched in India with prices starting at ₹ 5.99 lakh (ex-showroom, Delhi). Not be confused with the new generation Micra that is now on sale internationally, Nissan India continues to sell the current generation model in the country and the update is the automaker’s tryst to keep the model relevant amidst a host of offerings in the segment. More so, since the fifth generation Micra won’t be hitting the Indian markets anytime soon. 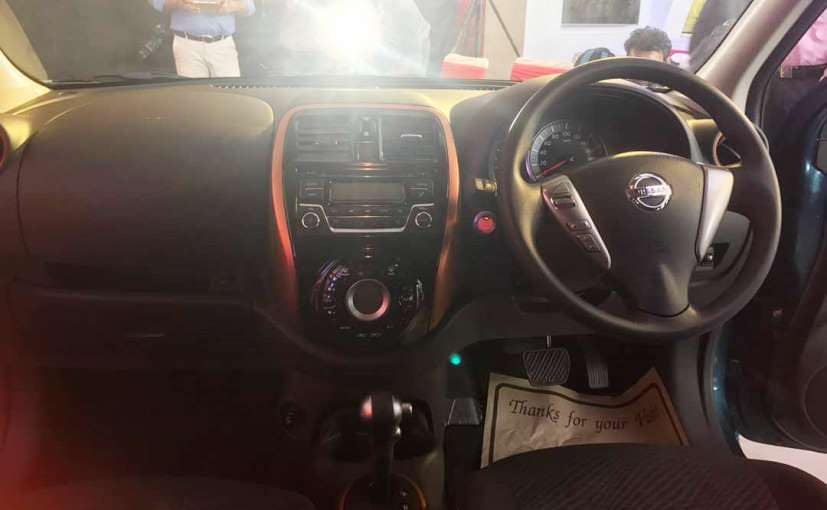 The MY2017 Nissan Micra gets automatic headlamps with follow-me function, along with rain sensing wipers and sporty orange accents added to the cabin. There are no changes to the styling on the hatchback, which remains the same since the facelifted version arrived in 2013.

Engine options on the Nissan Micra get no changes either with power coming from the 1.2-litre petrol motor churning 73 bhp and 104 Nm of peak torque, while there is also the 1.5-litre diesel that belts out 63 bhp and 160 Nm of peak torque. Both power mills are paired to a 5-speed manual transmission, while the petrol continues to get the CVT X-Tronic automatic transmission. The Nissan Micra competes with the likes of the Hyundai Grand i10, Maruti Suzuki Swift and the likes in the segment. The hatchback’s price range starts from ₹ 5.99 lakh, going to up to ₹ 7.23 lakh (ex-showroom, Delhi).

The fifth generation Nissan Micra made its international debut at the Paris Motor Show last year and is a major leap over the current model. Not only does it look more stunning and futuristic in design, but packs in more features and better powertrain as well. Given the cost escalations of producing the new Micra, manufacturing of the new generation of the hatchback was moved to Europe from India and that is one of the reasons why we won’t be getting the model anytime soon. We’ve exclusively driven the new generation Micra and yes, India has certainly missed a good car.

Here Is Yours Todays Diet Of Funny Jokes

The Golden Touch : Greed will always lead to downfall.

The Boy Who Cried Wolf: It is difficult to trust people who lie, so it’s important to always be truthful.