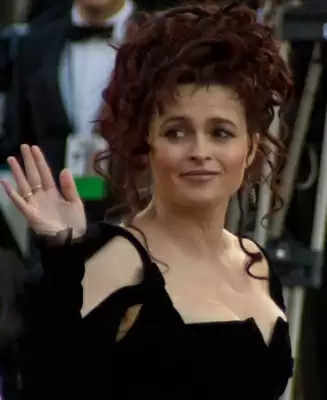 Bonham Carter, who played Bellatrix Lestrange in the Potter films and is Princess Margaret in The Crown, said: "I check potential partners with my graphologist, my aunt and the nannies. People who are in your home - they know. The writing was literally on the wall for one of them."

She began a five-year relationship with actor Kenneth Branagh in 1994. They met while filming Mary Shelley's 'Frankenstein', when he was still married to Emma Thompson, reports mirror.co.uk.

In 2001, Bonham Carter began dating director Tim Burton, who she met while making 'Planet of the Apes'.

She starred in other Burton films, such as 'Charlie and the Chocolate Factory' and 'Alice in Wonderland'. They have children Billy, 20, and Nell, 16, and split in 2014 - but live in connected houses in Belsize Park, North London.

Bonham Carter said of her eccentric image that it is important for teenage girls to "not give a f*** about these things," adding: "You cannot afford to put your self-esteem in the hands of strangers, which is what so many teenagers are doing with Instagram."

In her latest role, the actress plays legendary Crossroads actress Noele Gordon in the drama Nolly, which streams on ITVX from February 2.