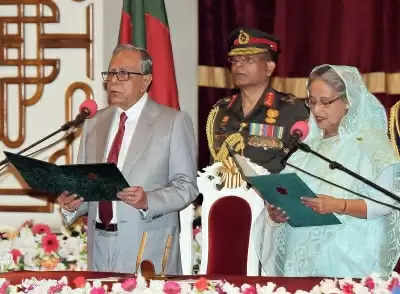 The announcement was made by the Election Commission (EC) Secretary Md Jahangir Alam at a news conference on Sunday evening, reports Xinhua news agency.

He said incumbent president Abdul Hamid will not to be re-elected for another term, as the country's constitution allows only a a maximum two-term limit consisting of five years each.

Hamid's tenure will expire on April 24.

Alam said the schedule for the presidential election will soon be announced.

In Bangladesh, the President is elected by an indirect election by MPs.