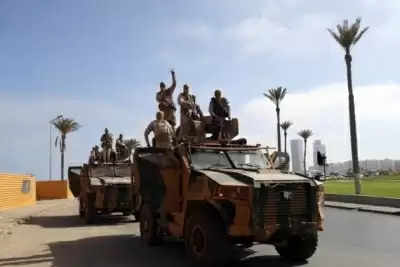 Bathily made the remarks after attending a consultative meeting of the Arab foreign ministers on Sunday in the Libyan capital Tripoli, during which issues of common concern were discussed, reports Xinhua news agency.

"I call on all international stakeholders, including Libya's neighbours, to speak with one voice and step up their support to help Libya overcome its long-term crisis," Bathliy tweeted.

He also urged all Libyan parties to come together and find ways to overcome their differences so that "Libya can once again play a leading role as an African-Arab country ... and as an active member of the UN".

"Over a year ago, 2.8 million Libyans registered to vote. This shows the will and determination of the Libyan people to choose their representatives, restore legitimacy to their institutions and chart their way forward to stability through a democratic political process," he said.

Libya failed to hold general elections in December 2021 as previously scheduled due to disagreements over election laws among the Libyan parties.

The UN envoy said he considered the consultative meeting of Arab foreign ministers as "the expression of solidarity and support for the Libyan people in establishing a peaceful and prosperous future".

Following the meeting, Libyan Foreign Minister Najla al-Mangoush told a press conference that "the meeting is not particularly about Libya, but an affirmation of a previous agreement of the Arab Foreign Ministers to intensify consultations among the members of the Arab League, in order to unify the Arab position on all issues of common concern".

The participants of the meeting expressed their support for stability in the country, the unity of the Arab position, as well as the efforts of the UN Support Mission in Libya to achieve stability and support the Libyan elections, Al-Mangoush added.