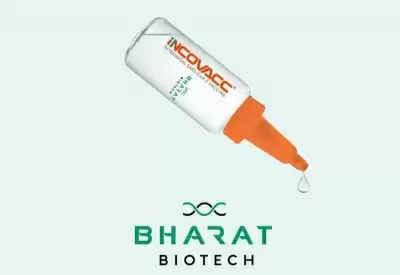 The vaccine manufacturer had already received approval from the Central Drugs Standard Control Organisation (CDSCO) earlier this month for the nasal vaccine, the first of its kind in India.

"Our nasal vaccine will be officially launched on Republic Day on January 26," said Ella while participating in a session during the 8th edition of the India International Science Festival (IISF) that began at the Maulana Azad National Institute of Technology (MANIT), here on Saturday.

The session was titled 'Face-to-Face with New Frontiers in Science'.

The company had earlier announced that it would price the intranasal vaccine at Rs 325 per shot for procurement by the government, and 800 per shot for private vaccination centres.

As per the vaccine manufacturer, the nasal route has excellent potential for vaccination due to the organised immune system of the nasal mucosa. Thus, intranasal immunisation of ChAd-SARS-CoV-2-S can create an immune response in the nose, which is the point of entry for the virus, thereby protecting against disease, infection, and transmission.

The nasal vaccine can be taken after six months of the second dose.