BJP should stop dreaming 324 LS seats, it will fall to 124: Cong leader

Panaji, Jan 25 (IANS) Senior Congress leader and former Rajya Sabha MP, Rajeev Gowda on Wednesday said that the BJP should stop dreaming 324-plus seats in the 2024 Lok Sabha election as "they are getting exposed and will wake to the reality in 2024". 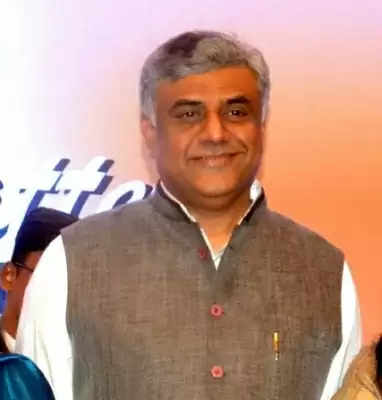 Panaji, Jan 25 (IANS) Senior Congress leader and former Rajya Sabha MP, Rajeev Gowda on Wednesday said that the BJP should stop dreaming 324-plus seats in the 2024 Lok Sabha election as "they are getting exposed and will wake to the reality in 2024".

Gowda, AICC Research Department Chairman, addressing mediapersons over 'Haat Se Haat Jodo' programme to begin from January 26, added that they will visit every constituency of Goa to unite the country.

"As our 'Haat se Haat Jodo' yatra does its work and as people's eyes are open to the reality of BJP's failure, they will not get 324 or 224 (seats), but will make it 124 because of strength in certain areas. People have given them eight years and they have not delivered. Why will people re-elect the government who have not delivered? That is why this government is paying attention to propaganda. They are trying to impose censorship across the boards. They are trying to control the media because they don't want the truth to come out," he said.

"When we (Congress) go back to our roots, to the yatras and marches like Mahatma Gandhi's Dandi Yatra, we will be able to connect with the public and expose the reality. We will not just talk about the failures of BJP but will give them the hope of the future. So BJP should stop dreaming of 324 and they will wake up to the reality in 2024," he added.

Gowda said that millions of people have joined the 'Bharat Jodo Yatra' and they are spreading the message of bringing the country together.

"BJP has tried to deter people joining yatra by taking actions against them, what they usually do," he added, citing example of a raid conducted on premises of former Finance Secretary after joining the yatra.

"Very next day (after joining yatra) they raided his house. But brave Indians have not stopped joining yatras," Gowda said.

"Throughout the country people are inspired by Rahul Gandhi's message of uniting nation at the time when Prime Minister, BJP and RSS are dividing country on basis of caste, religion and language," he added.

Gowda said that BJP has failed on all aspects, be it providing jobs to youth or controlling inflation.

Earlier in May 2022, Goa Chief Minister Pramod Sawant had said that BJP 'karykartas' need to set a target of winning 324 seats in 2024 Lok Sabha election.

"I thought of this number (324) because it would be the third term of the BJP government at Centre and as an election will take place in the year 2024," Sawant added.

Even BJP's Goa desk in-charge, C.T. Ravi in August had said that BJP will cross 400 seats in the 2024 Lok Sabha election as the government has delivered well.