Varanasi, Jan 23 (IANS) Seven persons, including four MBBS interns, have been booked for cheating and criminal conspiracy at the Sir Sunderlal hospital of the Institute of Medical Sciences Banaras Hindu University (IMS-BHU). 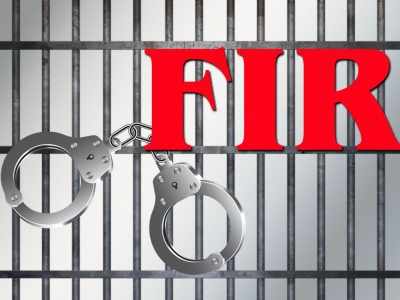 Varanasi, Jan 23 (IANS) Seven persons, including four MBBS interns, have been booked for cheating and criminal conspiracy at the Sir Sunderlal hospital of the Institute of Medical Sciences Banaras Hindu University (IMS-BHU).

In an FIR lodged at the Lanka police station, the hospital authorities said that four interns had engaged non-medical persons to work in hospital wards on their behalf during the one-year mandatory internship after MBBS.

Inspector, Lanka, Brijesh Kumar Singh said: "On the complaint of the security inspector of SSL hospital of BHU, an FIR was lodged against MBBS interns, Nitin, Shubham, Saumik Dey and Kriti Arora, and their impersonators Mohit Singh, Abhishek Singh and Priti Chauhan, under sections 419 (cheating by personation), 420 (cheating) and 120B (criminal conspiracy).

"Investigation and collection of scientific evidence has been launched in the case. Further action will be taken as per the outcome of the investigation."

Medical superintendent of SSL Hospital, Prof K.K. Gupta said: "A detailed internal probe report has been submitted to the director of IMS-BHU to form a panel for further probe. The investigation officer of Lanka police station had asked for evidence and details of the case, which I have already provided."

The matter came to light when the hospital authorities caught a few suspicious youths and interrogated them.

"During investigation, the youths caught by security personnel were identified as Mohit and Abhishek. When we questioned them, they informed us that MBBS interns Nitin, Shubham and Saumik had hired them to report at the wards, including emergency services of the hospital, of their deployment. Priti said that she had been impersonating Kriti Arora," Prof Gupta said.

The impersonators had signed the duty register for interns.

"The interns had also been making payments to impersonators through digital mode. Vigil has been increased in all the wards," he said.