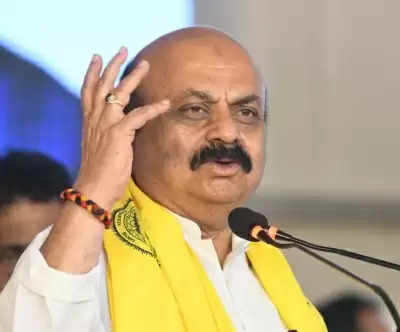 The letter was written by children from schools of Malleshwaram, Sankey Tank, Vyalikaval and Sadashivanagar localities.

"Dear Bommai Uncle, please save our environment. We want to learn in a healthy and safe atmosphere. We do not want Sankey Flyover," the letter said.

The resident welfare associations in the surrounding areas of the Sankey Tank have taken up the initiative.

K.R. Iyer, a member of Citizens for Sankey, stated that about 2,000 students have written letters to the CM Bommai. The campaign would be intensified from Monday onwards, he said.

Environmentalists fear that the building of the Sankey flyover would worsen the air quality and increase the presence of PM10 and PM2.5. The trees would be cut and traffic would increase. They are also worried about noise and sound pollution.

The residents and nature lovers have organised a signature campaign against the proposed project and collected about 17,000 signatures. They maintained that there is no need to build the flyover.

The flyover was proposed in 2011 and later shelved due to opposition.

BBMP Commissioner Tushar Girinath has stated that a DPR for the project is prepared and the public can give suggestions.

Around 40 fully grown, decades-old trees will be removed to widen Sankey Tank Bund Road and build a flyover.

The government said the current road is only 15 to 18 metres wide.