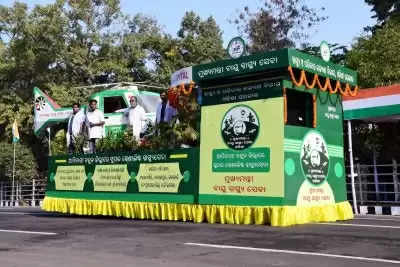 "Freedom in Mind, Faith in Words, Pride in our Heart, Memories in our soul, Let's salute the nation on #RepublicDay," the Governor said in a tweet.

Wishing the people on the occasion, the Chief Minister said, "On this auspicious day, let's remember the selfless sacrifices of freedom fighters for the nation and pledge to follow the ideals enshrined in the Constitution in letter and spirit."

A large number of people gathered at both sides of the Mahatma Gandhi Marg to witness the state-level parade.

Nine tableaux, showcasing the achievements of different departments of Odisha, were presented.