Chennai, Jan 26 (IANS) A 58-year-old man was arrested by the Tamil Nadu police after he snatched a woman pedestrian's chain while speeding on a motorbike. 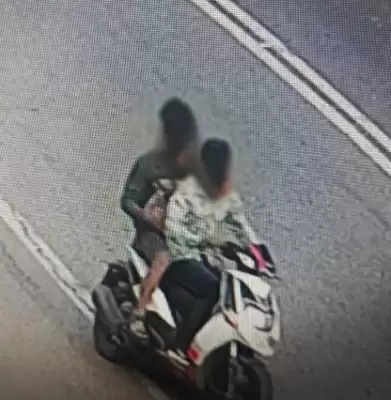 Chennai, Jan 26 (IANS) A 58-year-old man was arrested by the Tamil Nadu police after he snatched a woman pedestrian's chain while speeding on a motorbike.

During interrogation, he confessed to having committed the crime to raise bail money for his imprisoned son.

Seethalakshmi (61) of Thirumangalam was returning home after offering prayers at a local temple when a bike-born assailant snatched her 10 sovereign chain and fled. The woman raised a complaint with the Thirumangalam police station.

An officer with the Greater Chennai police told IANS that immediately after receiving the complaint, Thirumangalam police searched all the CCTV visuals from the surrounding area and tracked the robber.

A police team barged into a secluded home at Purusawalkam in Chennai and apprehended the offender. It was found that the thief was a local person, Mohammed Illiyaz.

On being questioned, he told the officers that he had resorted to chain snatching to arrange money for his son's bail application.

He told police that his son, Mohammed Fiaz (25) was lodged in prison since September 2022 on charges of bludgeoning to death a person, Kumar over a drunken brawl.

Illiaz told police that he had to raise money for the bail application of his son. Mohammed Illaiz was produced before the judicial magistrate court and remanded in prison on Wednesday.