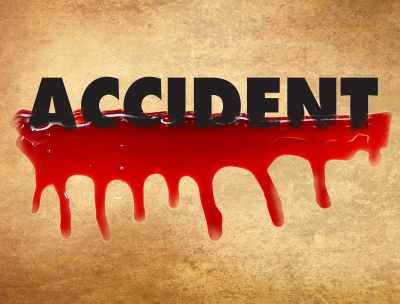 The victims identified as Aniket Munda (16) and Mohit Munda (15) died on the spot.

The accident occurred on late Wednesday night when the car, in which 10 people of the same family were travelling, collided against the rear side of a truck on the Indo-Bhutan road near Banrahat region.

Local police officials said that the eight injured persons were taken to a local hospital at Mal. The condition of some of them are quite critical.

They were rescued by the cops of Banarahat Police Station and the local people and shifted them to the hospital. All of them are residents of Banarhat Tea Garden area.

"The driver and the helper of the truck fled from the spot immediately after the accident. We are trying to track them and have also started an investigation in the matter. The bodies of the two deceased minors have been sent to Jalpaiguri District Hospital for post-mortem purposes," said a local police official.