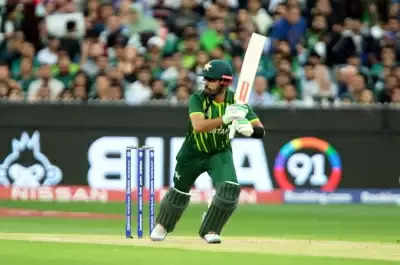 Azam played only nine ODI matches in 2022, but the 28-year-old made them count as he smashed three centuries, a further five half-centuries and only really failed with the bat on one occasion.

He has been at the top of the men's ODI player rankings since July 2021, scoring 679 runs at a stunning average of 84.87 in the nine matches he played in 2022, registering eight scores of more than fifty, three of which he converted into hundreds.

As a captain, Azam had a memorable year as captain of the Pakistan ODI team, winning three out of three series. Pakistan were unstoppable in the ODI format, losing just one match (against Australia) out of nine.

His best effort in ODIs this year was 114 against Australia in Lahore. Set a daunting target of 349 by Australia, Azam put on a masterclass in chasing a total. Walking out to bat when his team needed 231 from 187 balls, Babar almost took his side home with an exceptional display of shot-making.

Azam brought up his hundred off just 73 balls, his fastest ever in ODI cricket and stuck around till the 44th over. The rest of the batters finished the job as they recorded their highest-ever successful chase in ODIs, with Azam deservedly named Player of the Match.